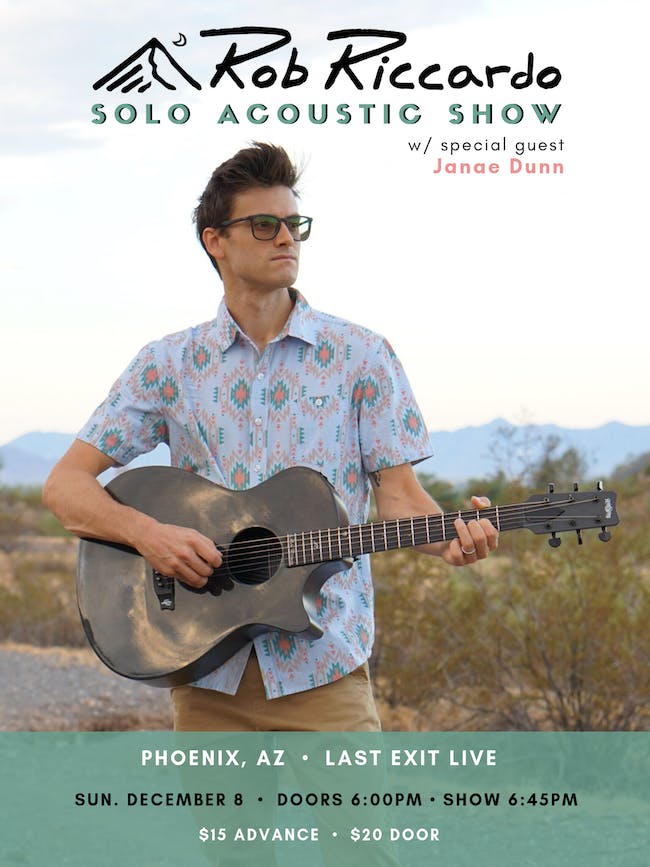 Phoenix singer/songwriter, Rob Riccardo, is making his return to Last Exit Live with his first headlining appearance in the Valley.

Born and raised on the beaches of Long Island, New York, the foundation of the now Arizona-based songwriter's music derives from the surf scene of his formative years on the East Coast. Shortly after picking up the guitar in high school on a bet from a friend, Rob discovered the acoustically driven melodies and socially conscious lyrics of artists like Jack Johnson, John Butler Trio and Ben Harper. These musicians, along with classic troubadours from his father's record collection like James Taylor, would serve as the initial inspiration for writing his own songs.

Following a long post-college musical hiatus, Rob moved from New York City to Arizona and, encouraged by his wife, started to take songwriting seriously for the first time. Drawing strong inspiration from his yoga/meditation practice and his love of the mountains and oceans, Rob has released three full-length albums and several EPs in less than three years. His latest release -- “The Fire In Me” -- is an entirely self-produced, home-recorded album that covers a diverse sonic spectrum and features positive lyrical themes reflecting on personal growth.