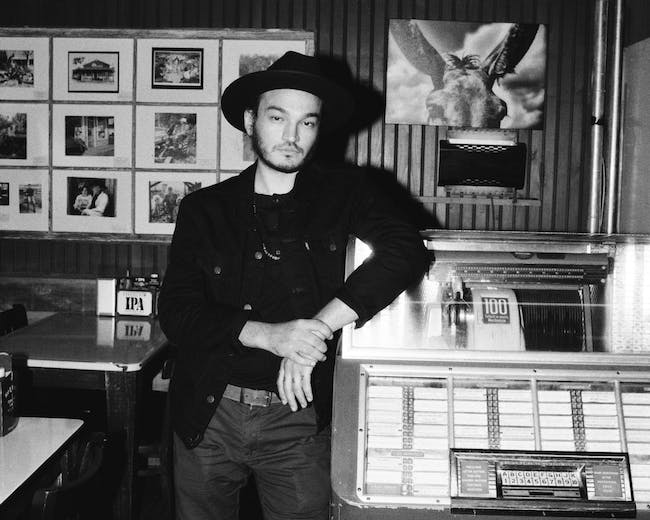 Night Beats - Myth Of A Man

Myth Of A Man is a reckoning, a shoot-out at dawn, the ear-splitting peel-out that leaves nothing but a cloud of red dust in its wake. It marks a new era for Night Beats and its frontman, Danny Lee Blackwell—an era marked by independence, expansion, and undiscovered facets of an undeniable talent.

The outlaw rumble and screeching guitar of “Eyes On Me” offer the familiar garage groove of the Night Beats sound, but the lyrics reveal a pivotal shift. “Will I rise or will I fall / Crash against the canyon wall / Give the people what they came to see / Everybody’s eyes / On me,” Blackwell sings. The song may have been inspired by a failed Evel Knievel jump, but it’s Blackwell himself that seems to be poised at the edge of Snake River Canyon, a lone figure against the dusty ridge and setting sun, staring down both doom and glory.

Hailing from the smoggy sunshine of Los Angeles, California, Cosmonauts is the sonic brainchild of Alexander Ahmadi and Derek Cowart. Known for their wild and dynamic live performances, Ahmadi and Cowart have been creating high-energy melodies with kaleidoscopic guitar work since their formation in 2009. They've released a string of material through their hometown record label, Burger Records, along with other U.S. and European indie labels. In addition to supporting such acts as the Growlers, She Wants Revenge, and the Black Angels, Cosmonauts have performed their obstreperous rock n’ roll extensively through the U.S. and European circuits.