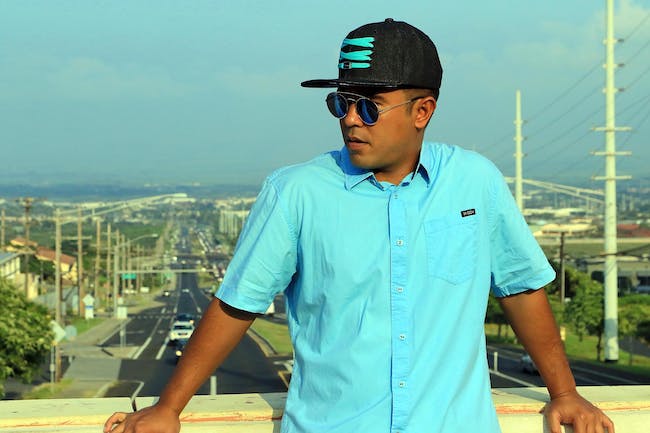 A decade after Inna Vision was born on Maui, the roots reggae band continues to motivate and elevate consciousness by spreading Aloha and positivity to the masses.

Born “Michael Kamakoakeauoliokekai Lopes” music began at an early age. Growing up on the second largest Hawaiian island “Maui,” ukuleles, surfing and reggae concerts was natural lifestyle. At the age of twelve “Koa” started his first bands playing for school functions, local concerts and graduation parties. Was not long before traveling out of Hawaii became frequent just to watch his favorite reggae artist perform live. In 2005 after a trip to “Tribute to the Legends Festival” in San Diego, Koa returned with the name “Inna Vision” and a vision to take his passion for music to a world wide stage.

From 2008 to 2018 Inna Vision recorded a catalogue of four full-length albums, 5 EP’s and numerous singles that have impacted iTunes and Billboard international charts. Inna Vision’s tracks cracked the iTunes Top 10, Youtube videos viewed more than 500,000 times and is one of Pandora’s most streamed Hawaii reggae stations.

Inna Vision has currently released a five song EP “Highest Grade” followed by Highest Grade headline tour performing through North America. The project is considered a cross over release with a fusion of Reggae, Dancehall and Hip-hop. The evolution of music has got the attention of artist, producers and fans from United States, Caribbean, Asia & Europe.