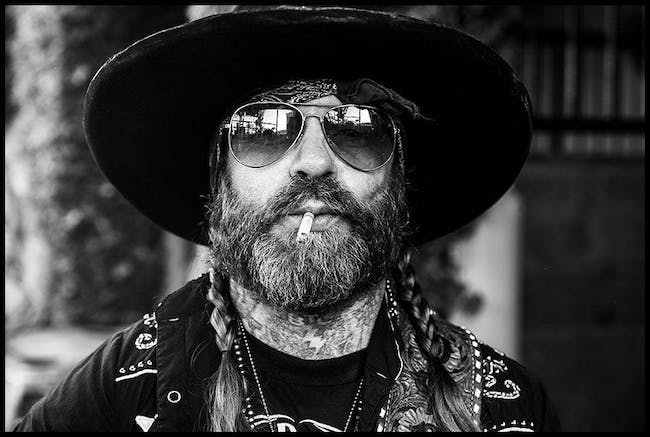 Charlie Overbey has been a staple in the Los Angeles Music scene since the early 90's as a musician, a promoter and then spent years as a booking agent.

After the tail end days on the Sunset Strip with Big Bang Babies Charlie drifted back to his punk rock roots and Joined Cowpunk band Custom Made Scare, recorded their debut album with Side One Dummy records which came out immediately following a vacation in federal prison and later played with Deadbolt for many years and then Formed Charlie And The Valentine Killers who toured with David Alan Coe, The Supersuckers and more.

Charlie finally sobered up and started writing what would become the Broken Arrows EP~ The California Kid produced by Charlie and Mixed by Grammy Award Winner Ted Hutt ( Old Crow Medicine Show, Gaslight Anthem, Chuck Ragan, Dropkick Murphys and more) and Paul Kilmister who happens to be the Son of Lemmy.