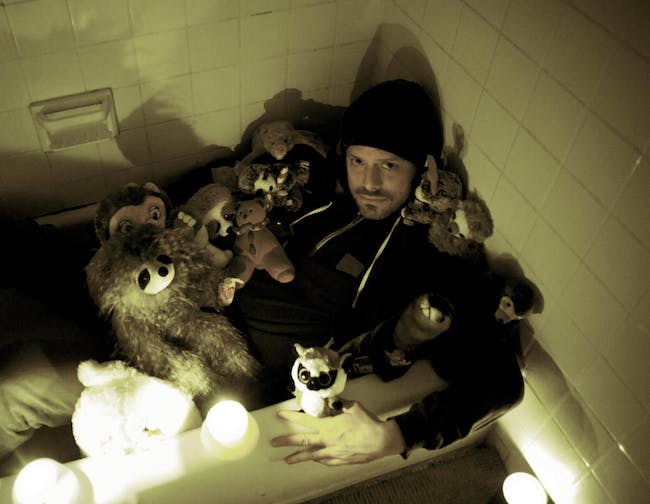 Tony Simon, a/k/a Blockhead, has been making and releasing utterly distinctive, funky and emotive music for the last two decades.

Blockhead grew up in downtown New York City. A fan of a whole range of sounds, especially hip-hop, Blockhead steadily built a tremendous collection of tapes and later CDs from innumerable artists, a quiet accumulation of knowledge and know how. After a brief stint as a rapper, he realized his calling was behind the boards and not on the mic and from there he began to produce beats, carving a niche as a sought after underground beatmaker that people call when they want something special. Blockhead produced nine tracks on Aesop Rock’s critically acclaimed album “Labor Days” and half the tracks on Aesop’s follow up EP “Daylight.”

He has also worked with other indie giants Atmosphere, Murs, Mike Ladd and Illogic, and contributed three tracks (including the first single) for Cage’s “Hell’s Winter” on Def Jux. The other producers on the project are DJ Shadow, El P and RJD2. In between, he found time to complete albums for Mush Records, Ninja Tune, Backwoodz Studioz, De Wolf, and Young Heavy Souls